PHOENIX, Arizona – Antarctica, also known as the Ice Continent, was explored by Earnest Shackleton in 1907. He led an expedition team to the continent that was also the first to reach the south magnetic pole. It was an incredible feat considering it is the coldest, driest, and windiest place on earth. Temperatures have been recorded as low as -128.6 F. Mount Vinson is the continent's tallest mountain standing 16,050 feet! It is also one of the world's legendary Seven Summits and one of the most remote mountains on the planet.

So why would the co-founder and Managing Principal of Phoenix-based Economic Incentives Advisory Group (EIAG) (www.eiagincentives.com) want to explore and climb Mount Vinson? "Because it's an incredible challenge," said Bryant Colman, EIAG's founding partner. "In the middle of a global pandemic, I flew to Tanzania, Africa, and climbed Mount Kilimanjaro, the tallest peak on the African continent and is referred to as the 'Rooftop of Africa.' It was an experience that moved and scared me. Still, it was also an experience that gave me tremendous joy!" exclaimed Colman. "When I returned to Phoenix, I began researching other amazing peaks worldwide. I climbed Mount Rainer and Mount Baker in the glacier-covered northern Cascade Mountain Range of Washington state. Unfortunately, we had to turn back both times, close to the summit, due to an avalanche on Rainier and extreme weather on Mount Baker. I met a Seattle-based executive and his daughter on my Mount Baker trek. They were preparing and training to hike Vinson Massif in Antarctica. The more I researched it, the more I liked the idea of going to Antarctica. So, I set my sites on Mount Vinson and started the next adventure's planning stages."

Bryant Colman - The Man on the Mountain

Since the pandemic, Bryant has hiked Angel's Landing in Utah - a much shorter trek with beautiful views of the rock formations inside Zion National Park in southwestern Utah. Earlier in the year, he summited Mount Bourgeau in the Massive Range of Banff National Park in Alberta, Canada. Now, Bryant is looking forward to one of the most exciting climbs of his life, and he wants to make you a part of it. 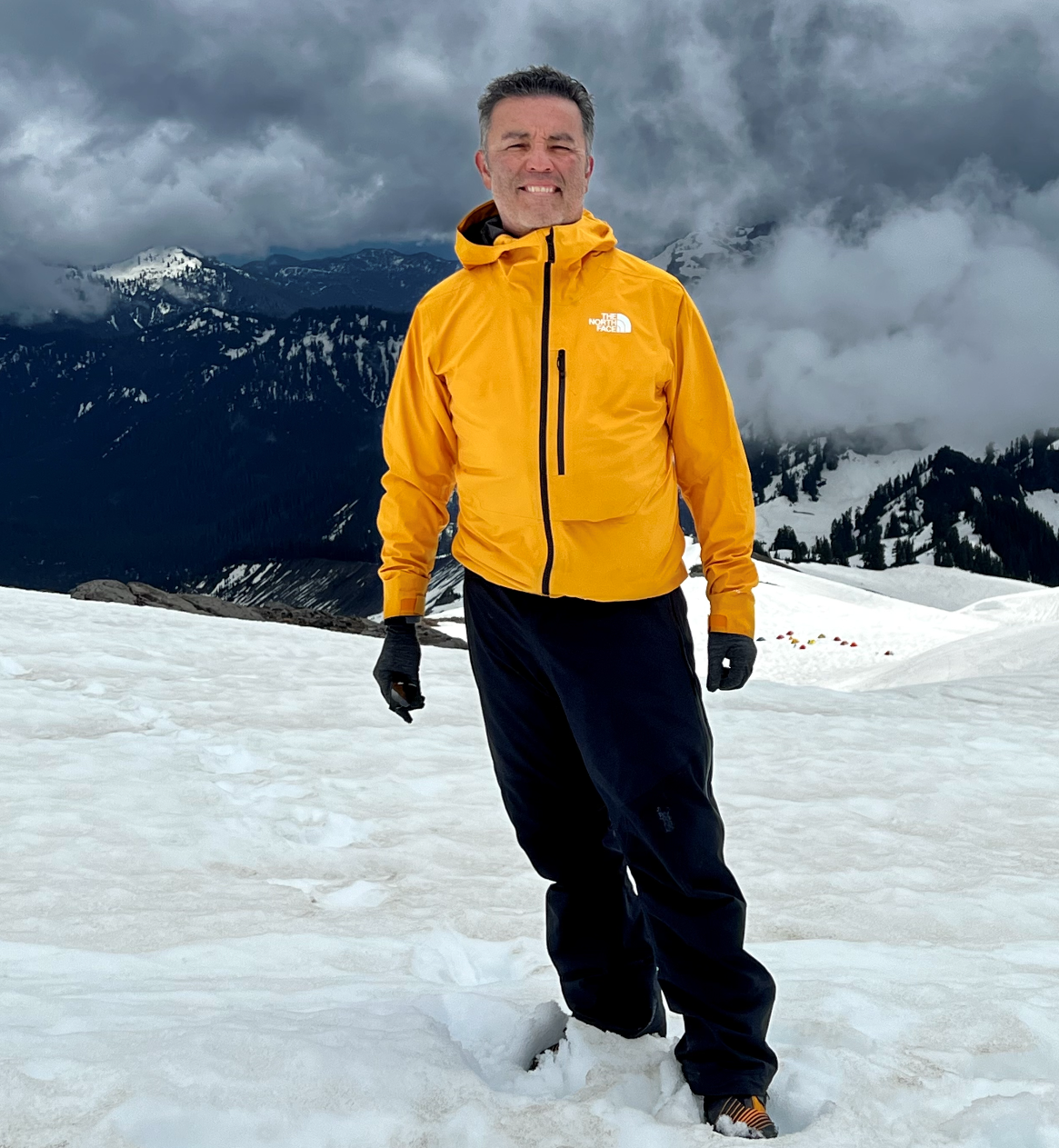 Bryant's trip to Vinson Massif marks the first time he will marry his passion for adventure travel with supporting causes near his heart. Bryant intends to match funds donated to one of his favorite organizations - Child Crisis Arizona (www.childcrisisaz.org). CCA is an Arizona-based nonprofit that supports at-risk children, teens, and families by providing shelter, education, meals, fostering, and other services. He will match all donations up to $16,050, which in feet, is the height of the summit of the highest peak on Vinson Massif. Bryant explains, "I wanted to make this once-in-a-lifetime adventure meaningful for more than just me. I'll be raising funds for Child Crisis Arizona (CCA). I'll be matching every contribution that comes in up to $16,050. I can't wait to get started."

Those who donate will receive an official "Arizona Glacier Club" T-shirt. Please let us know your size and color preference in the comments section of the donation form.

Bryant will use technology provided by Garmin Connect to stay on course. Supporters can visit Bryant's journey website, TheManOnTheMountain.com (www.themanonthemountain.com), to monitor Bryant's progress, donate, catch his live Twitter feed, and message him.

Bryant Colman will stay connected with online visitors via his website themanonthemountain.com and Garmin Connect Technology.

Bryant will depart from Punta Arenas, Chile, South America's southernmost airport, and fly over Tierra del Fuego, landing on the blue ice runway of Union Glacier. His team will assemble at base camp, where they will begin the ascent of Mount Vinson on December 27, 2022.